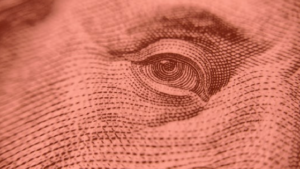 As we’ve previously discussed, there is a very real distinction between Risk Retention Groups (RRG) vs. Traditional Insurance Companies. When considering coverage anywhere, it is emphatic that you consider more than just the cost of premium. Surely the immediate costs are important but there are other things like coverage considerations (more on coverage differences on the next article from this series) and financial stability of the carrier, that may end up coming at a larger cost at the end of the day.

No company is immune to financial woes, but the financial fortitude of an RRG generally pales in comparison to Insurance Carriers who a proven track record of financial stability over many years.

Check out the infographic below for some comparisons between traditional insurance companies and RRGs: 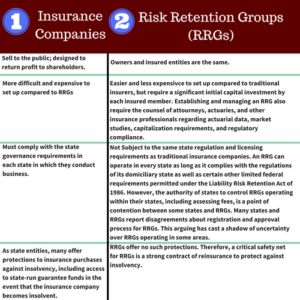 Recently New York Physician focused Oceanus Insurance Co. an RRG, was petitioned to be placed into the receivership for the purpose of liquidation due to imminent surplus depletion by South Carolina Department of Insurance Director Ray Farmer.

Farmer’s petition details the alleged circumstances that culminated in the charge. The findings contributed to the regulator’s decision in September 2016 to place Oceanus under “confidential supervision.” But improvement in the company’s financial condition proved short-lived.

According to the petition, the RRG allegedly experienced “severe” adverse development in the second quarter, and by the June 30 statement, it showed $4.2 million in income taxes incurred; the company had posted income tax benefits in each of the previous four calendar years. In an interview Farmer said “They are insolvent.”

On a national basis, Individual entities that list RRGs as their ownership structure account for approximately 6.9% of the total-filed physicians and surgeons professional liability direct premiums written in 2016. In New York, RRGs in New York have a higher market share of the physicians and surgeons with 16.8% of those that state they maintain an RRG ownership structure, while 18.1% of those have RRG in their names. Back in 2013, their New York market share was below 10% as recently as 2013 using both methodologies. Several national medical malpractice writers, including Medical Protective Co., NORCAL Mutual operate in the New York market through affiliated risk
retention groups.

Their expansion has taken place in a challenging market that includes “multiple” malpractice insurers “in serious financial jeopardy,” according to materials published recently by the Medical Society of the State of New York. Physicians groups and insurers alike have cautioned that circumstances could deteriorate further should Gov. Andrew Cuomo sign a bill to lengthen the statute of limitations for certain types of medical malpractice claims.

So what can you do if you find our your RRG is facing liquidation?

Give us a Call at 800-317-6411 our Account Executives will help you sort out your current coverage, and make the recommendations specific to your mid-term move.

What we will need to help you as quickly as possible is the following information:

If you find out your risk retention group is facing liquidation or insolvency contact us today so we can assist with all your mid-term replacement needs!

Looking for mid-term replacement options? Click here to get a Quote!

1 thought on “What to do if your RRG Faces Liquidation!”