The New England Journal of Medicine released the results of their fifteen-year study on Jan. 28 using claims data from the National Practitioner Data Bank. Over 60,000 claims were reviewed for cause, payment amount, and named physician demographics. 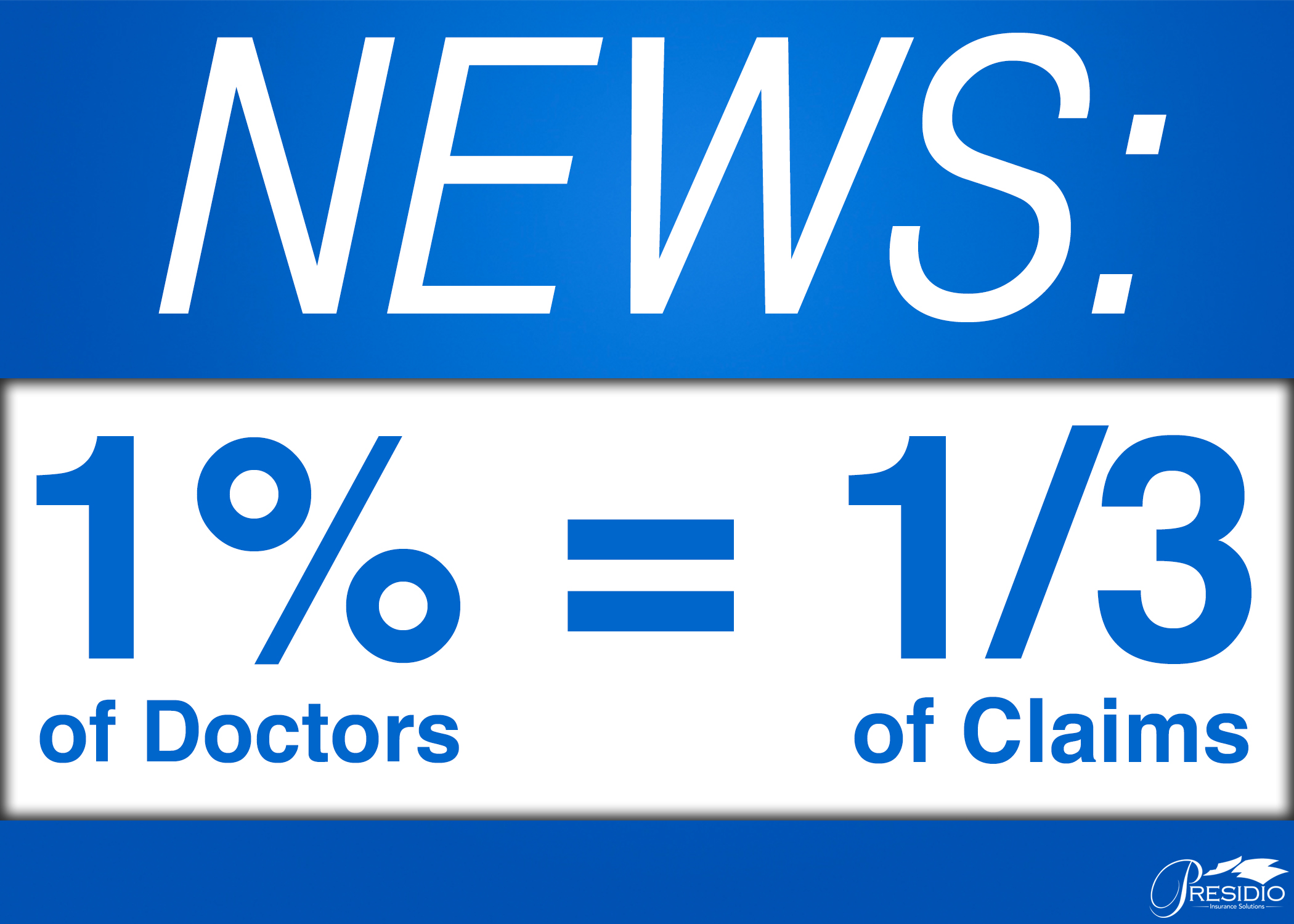 The claims reviewed included those which occurred before and during the fifteen-year period the study took place, and perhaps the most interesting thing about the publication of the study is the unexpected gap in exactly how many claims are payed by how many doctors.

That gap shows that only 1% of the physicians in the United States make almost a third of all medical malpractice claim payments.

Of the over 60,000 claims and 54,000 doctors surveyed using data from the NPDB, the study ultimately concluded that, “…a small number of physicians with distinctive characteristics accounted for a disproportionately large number of paid malpractice claims.” Some of these characteristics included high-risk specialties, such as neurosurgery and anesthesiology. Additionally, physicians with multiple past claims proved to be about three times more likely to have another claim filed against them than physicians with one or zero previous claims.

For physicians and insurance carriers alike, this study reinforces the idea that poor practice of medicine contributes more prominently to the prevalence of malpractice claims than litigious patients. Also, since the risk of receiving a recurrent claim increased considerably with each consecutive payed claim, it can be inferred that physicians with no claim history are the least likely to have a claim filed against them.

If you’d like to read the full journal article, it can be viewed by visiting The New England Journal of Medicine’s Website here.