Governor Patterson of New York  signed a bill today (August 27, 2008) that proposes to give relief to physicians under the burden of astronomically rising medical professional liability insurance  premiums; suspend a proposed surcharge until June 2009; and give the State of New York additional time to develop a permanent solution to the medical malpractice problems plaguing doctors. This is part of $1 billion cut to state spending. Lawmakers addressed Congress this week indicating  that without the proposed freeze, physicians would be hit with a 30 percent rise in insurance rates. 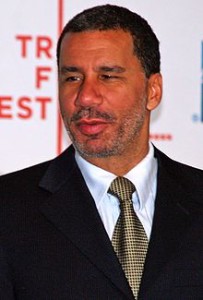 New York State Department of Health Commissioner Richard F. Daines, M.D., said: “This temporary freeze demonstrates the Governor’s and Legislature’s commitment to assuring that New Yorkers have uninterrupted access to the full range of health care services. At the same time, it will foster an environment in which the stakeholders can come together to continue the hard work we began last year to reach an agreement on real reform. I call upon the physicians who will benefit from this freeze to join the Department of Health in our continuing effort to increase patient safety and eliminate preventable medical errors.”

New York Governor David A. Paterson issued a statement saying the legislation is a short-term solution and that “we remain committed to creating comprehensive and meaningful medical-malpractice reform.” New York State officials have been fighting with medical-malpractice issues and sky liability insurance rates for some time.