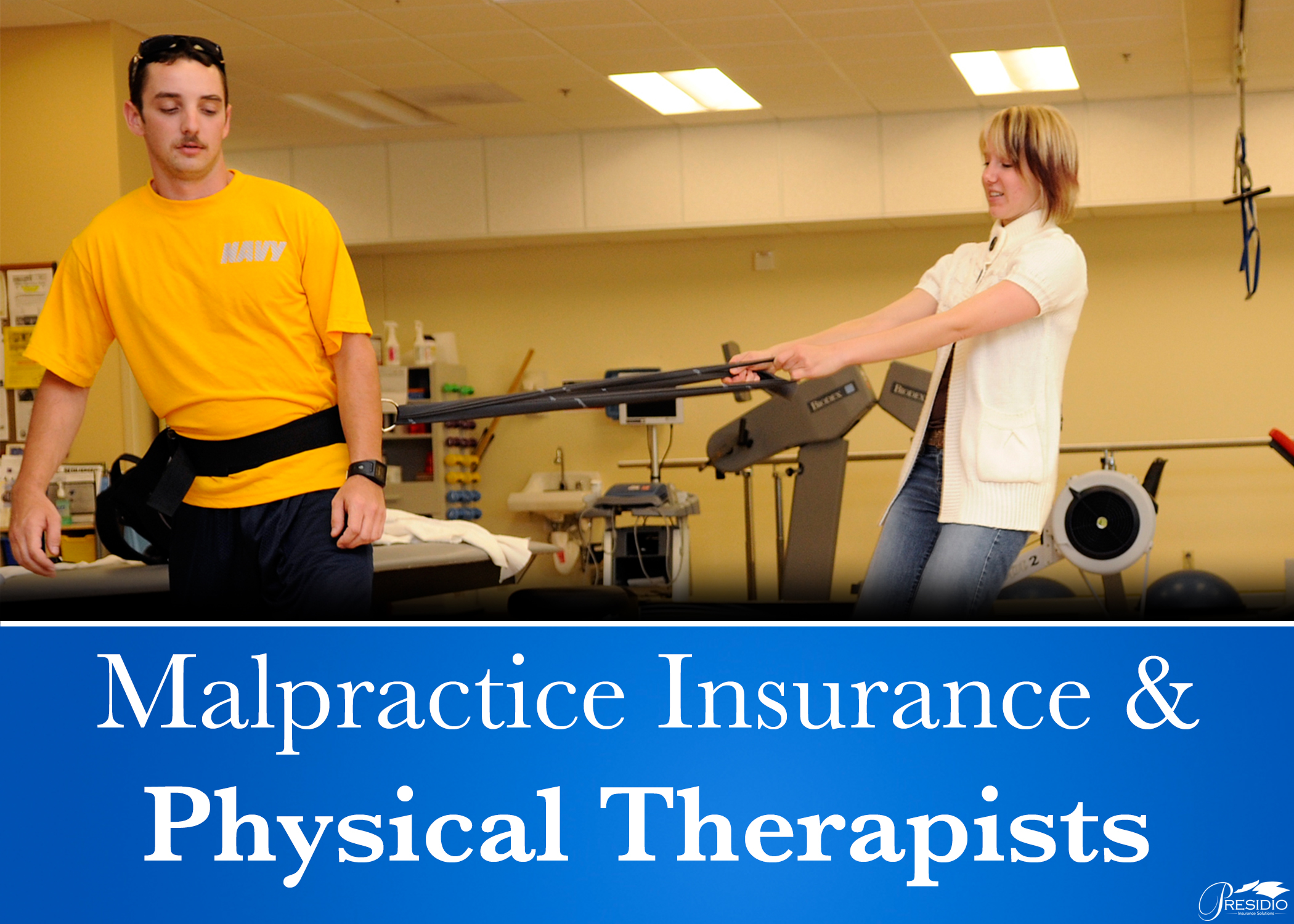 For most PT’s, malpractice insurance premiums will be significantly lower than other specialties: an employed PT’s annual premium will likely cost a maximum of $130, and Assistants and Aides pay around half that amount. Even for a self-employed, or freelance, PT, the annual premium will likely still fall under the $500 mark. At limits of $1,000,000/$6,000,000, Physical Therapists have some of the lowest malpractice insurance premiums in the industry.

As expected, the most common type of claim filed against Physical Therapists is negligence. With an Outpatient Physical Therapy Clinic, for example, things like slipping due to malfunctioning equipment or hotpack burn due to lack of supervision can fall under Premises Liability or Negligent Supervision.

Just like other physicians and health professionals, PT’s can be sued for Malpractice or even False Advertising if they claim to deliver unrealistic results. According to the HPSO 2016 Claims Report for Physical Therapists, a study which took place over the course of four years, PT Aides and Assistants account for only about 20% of suits, meaning PT’s themselves have a much higher likelihood of having claim filed against them.

Furthermore, the study shows that the vast majority of claims are filed against standalone clinics or non-hospital settings (84.8%). The most common allegations for PT’s include Improper management over the course of treatment (22.2%), Improper performance using therapeutic exercise (20.2%), and Failure to supervise or monitor (19.4%). Of the Improper management allegations, about two-thirds of claims reported occurred due to improper technique.

With comparatively low premiums available for Aides, Therapists, and Assistants, malpractice insurance for the Physical Therapy specialty is truly a no-brainer.