TALLAHASSEE, Fla. (AP) – Caps placed on how much money people can receive in cases where a doctor’s mistakes led to a patient’s death were declared 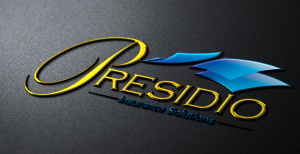 unconstitutional by the Florida Supreme Court on Thursday.
The lawsuit limits were part of a law then-Republican Gov. Jeb Bush pushed in 2003 in an effort to lower the cost of malpractice insurance rates and to keep doctors from moving out of state. Supporters at the time called skyrocketing insurance rates a crisis.
In a 5-2 decision, the court said the caps in such cases violate the equal protection guarantee in the state’s constitution.
“The cap on non-economic damages serves no purpose other than to arbitrarily punish the most grievously injured or their surviving family members,” the court wrote.
Thirty-five states have some type of cap on medical malpractice awards, according to the National Conference of State Legislatures. Florida becomes at least the seventh state to declare medical malpractice award limits unconstitutional. The ruling doesn’t affect other states because it is based on the Florida constitution.
The case involved a lawsuit filed against the federal government by the parents of Michelle McCall, who died after giving birth in 2006 while being treated by U.S. Air Force doctors at Fort Walton Beach Medical Center. A jury awarded her parents and son $2 million, but a federal court lowered the award to $1 million, citing the state law.
“If you had seen this mother during the trial, crying wretchedly the whole time, it’s just so wonderful to see the court agreed that the statute should be overturned and there shouldn’t be a cap on damages in cases like this,” Henry Courtney, the lawyer who represented the family, said in a phone interview.
Courtney said McCall’s parents kept their daughter’s bedroom, which was prepared for the arrival of the baby, intact after her death.
“The family has never recovered. Mrs. McCall in particular really, really has suffered tremendously as a result of the loss of her daughter,” he said. “It’s going to be helpful to other people in similar situations.”
Non-economic damages are for pain and suffering, among other things. Economic awards, which have no cap, refer to lost wages or medical costs.
Florida law capped doctors’ liability for non-economic damages at $500,000 in most malpractice cases and $1 million in cases involving deaths.
In its ruling, the court questioned whether there was ever a crisis that needed to be addressed, but said even if there was, it no longer exists.
The Florida Medical Association said rising insurance costs were driving doctors out of Florida and that may happen again because of this ruling.
“Thanks to the Florida Supreme Court, we can be sure that patients will face an intensified access to care crisis. The likely outcome will be that trial lawyers will refocus their sights on physicians, meritless lawsuits will clog our courts and physicians will move to states with a more favorable litigation climate,” Dr. Alan Harmon, the group’s president, said in a statement.
Debra Henry, executive director of the Florida Justice Association, which represents personal injury lawyers, said caps on damages are fundamentally unfair to the victims of medical negligence.
“When little kids lose their mommy or daddy because of medical malpractice, they’re absolutely victims,” she said.
The ruling doesn’t address caps in malpractice cases where the patient doesn’t die. Henley said she expects that aspect of the law will be before the court at some point.